The weather was a lot better for 2017 race than it had been the previous year.  This revealed the fantastic views of the surrounding countryside that the Mendip Hills provide but the heat was a bit too much for some runners which led to an increased number of DNFs (Did Not Finish).

We had to divert the race route at the last minute following a farmer’s request.  We manually updated the maps given to competitors but didn’t have time to update the GPX file of the route given that this cropped up the day before the race.  We will update the maps and GPX on the route page to reflect this change before the end of September and let you know how much the diversion added to the 2017 total course distance.  We will use the diverted route in future races too.

Thank you to all competitors and marshals for making it another great race.

For interest we’ve produced some age-graded results too.  You can view them here.

We know ultra racing can be an expensive hobby in cash as well as time and we try and keep the entry fees as low as possible by just spending money on the things we think are important.

The race is put on by Town & Country Harriers, a Bristol off-road running club, and we’re all unpaid volunteers. Any surplus funds generated by the race go to the Mendip Hills Fund, a charity which helps the local community. 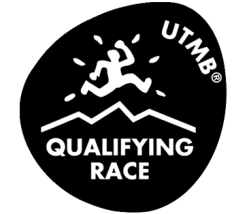